A Decade of Perspective - Part III 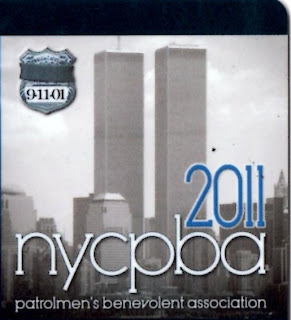 Given my initial reaction, you can imagine my surprise when I was reduced to a blubbering, weeping mess while watching the History Channel last year on the nine year anniversary of 9/11. What triggered the emotion that I didn’t have all those years ago? For me, it was watching the footage of dust covered people running past the landmarks I recognized from my everyday routine. There’s the shoe repair store and the eyeglass place, and here are the people taking refuge in a lobby that I walk by every day. Then there are the emergency responders talking about survivors and casualties in the foyer of 7WTC. Obviously the building is all new now, but I immediately recognized the way that the light filters in past the other buildings and the unchanged position of the security desk.
Suddenly NYC’s WTC was no longer a far-off or remote place. There I am sweeping past the security desk and taking the elevator to my 8 AM meeting.  Here are my friends running dazed and dust covered through the streets of NY. There’s the man I love going into the lobby to rescue survivors.
Read more »
Posted by Katie at 5:17 PM 3 comments:

A Decade of Perspective - Part II 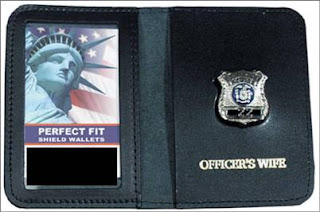 Now, ten years later my life is completely intertwined with the city of NY. I know the subway system by heart; I can interpret the unintelligible route change announcements. I’ve made friends, lost friends, had 6 apartments and 5 jobs. I've learned that I’m supposed to say something if I see something.  I’ve seen police officers with semi-automatic weapons and I know my NYPD fiancé has a biohazard suit in the trunk of the car.
During my NYC career, I've also worked at the rebuilt World Trade Center 7. Working at 7 WTC wasn't quite as awe-inspiring as you might think.  In fact, most days were pretty unremarkable and I was more likely to be annoyed by the tourists that blocked the sidewalk to take pictures than awed by the rebuilding efforts. Each time I start a new job though, I know I'll probably be issued a bright red fannypack filled with emergency PowerBars, water, burn cream and a gas mask in case of an attack. It’s not something I ever think about; to me it’s just a normal part of life.
Read more »
Posted by Katie at 6:54 PM No comments:

A Decade of Perspective - Part I

In a very special memorial version of NYCitified, I’m posting a three part series with my thoughts and reflections on the last ten years. The events of 9/11 have deeply impacted my generation and had a huge impact on the development of our adult lives.  This is the story of how my life has been influenced.
﻿
﻿

September 11, 2001 – it was a crisp, fall morning in Pittsburgh and I was on my way to class during my senior year of college. I was wearing a white sweater and I’m sure I was thinking about the heavy subject of whether or not I had time to stop and get a granola bar. Suddenly multiple cellphones were ringing simultaneously and it was as if everyone on the street got the memo to stop walking at exactly the same moment. Flight 93 had just gone down in Shanksville, PA but the news media had it slightly wrong, and reported that a plane had just crashed in Pittsburgh. The University of Pittsburgh parents were in a panic and the day that had started out so peacefully, had just taken an abrupt turn for the surreal. The US was under terrorist attack and the North Tower of the World Trade Center was about to collapse.
Read more »
Posted by Katie at 5:37 PM No comments:

Katie
Follow along for an inside view of all the stresses, distresses, joys and recipes of my adventures in suburbia!